Victoria’s tourism industry is desperate to help kickstart the state’s economic recovery — if doors can be opened to local holiday-makers.

While restrictions have been eased in other states, in line with the National Cabinet’s agreement to restart regional travel, Victorians are not allowed to take overnight trips and discouraged from straying too far from home.

Tourism operators are calling on the State Government to green-light local travel so they can resurrect their businesses.

Victorian Chamber of Commerce and Industry chief Paul Guerra said: “I think we are ready. The sooner they can reopen or plan to reopen the better.

“If tourism operators are not allowed to open in the near future … some of them may not make it through.” 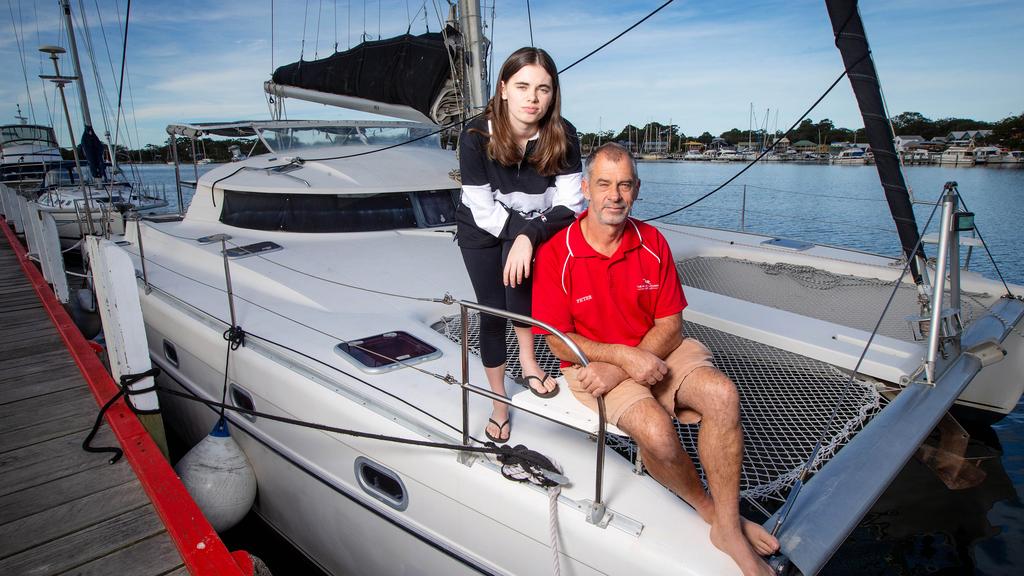 Peter Medling’s family boating business has been hugely impacted by the summer of bushfires and the coronavirus shutdown. Picture: Mark Stewart

Federal Tourism Minister Simon Birmingham also encouraged the State Government to look at easing restrictions, saying “every extra tourism dollar” spent in Victoria would be critical to the recovery.

“If successful suppression of COVID continues and with restaurants and pubs starting to reopen, it would seem logical that close consideration could now be given to allowing Victorians to travel around the state and support local tourism businesses,” he said.

With Queensland flagging it may keep its borders closed until September, and quarantine rules enforced for visitors in other states, travelling closer to home will be the best option for Victorians in the winter school holidays.

And with overseas travel banned, the $20 billion usually spent by Australians on international travel is up for grabs for local operators, who say they need to be able to present an attractive offering to visitors itching for a post-lockdown escape.

The Herald Sun understands the State Government is considering allowing stays away from home from June 1, but it is not expected to make a call until next week, depending on how the state tracks as more test results come in.

Tourism Minister Martin Pakula said that approach would give Victoria “more options” to safely ease restrictions, adding the government would have “more to say” about extra tourism industry support soon.

Tourists spent $32.5 billion in Victoria last year, supporting 232,000 jobs, but the bushfires and the pandemic are expected to wipe $23.3 billion out of the industry this year.

Victoria Tourism Industry Council chief Felicia Mariani said allowing accommodation businesses to accept tourists was “the next cab off the rank that everyone is keen to get reopened”.

She said caravan and camping trips were also important in a “domestic-led tourism recovery”. “Every single person I’ve spoken to in the industry has always said we will do whatever we have to do to comply,” she said.

Tourism Greater Geelong and The Bellarine chief executive Brett Ince said operators in the region were keen “reignite overnight travel” when it was safe.

Mr Guerra said the situation was “diabolic” for businesses already carrying debt, and they needed a “continual road-map” to give their owners confidence to plan for the rest of the year.

“Overnight stays have a flow-on effect,” he said.

East Gippsland has been hit hard by what locals describe as the “DFC” — drought, fires, coronavirus.

Paynesville boat repair business owner Peter Medling said the community was worried it would struggle to get back on its feet before next summer.

“We’re normally chock-a-block with tourists. It’s all dead and flat,” he said.

“There should be people in every shop, at every restaurant,” he said.

“If there are people here, everything starts to work.”

East Gippsland MP Tim Bull said the community did not want “a huge influx of people that could bring the virus with them”.

But he said more government support was needed so the area was “ready to go to welcome visitors and have the doors open”.

Visit Victoria chief Brendan McClements said: “We know now is not the right time to travel but as restrictions are eased, we’ll continue working with the industry to help them get back on their feet as quickly as possible.”

“Our hope is that by giving people a taste of what awaits them across Australia for when they can travel again, we will inspire them to think about and plan a trip as soon as restrictions ease,” she said.

As published in the Herald Sun on 19  May.